Me And My Shadow - It's Groundhog Day!

If Candlemas be fair and bright,
Come, Winter, have another flight;
If Candlemas brings clouds and rain,
Go Winter, and come not again.
~Old English Poem


Groundhog Day is only days away. Here in the USA we celebrate it on February second each  year. While we are in the midst of a snow weary winter here in the Northeast, I like to think that when Groundhog Day is here, spring can't be far behind, whether or not he sees his shadow! Right? Plus, I love special days that give us a reason to to play!

Here are some resources that will hopefully help you "pop out" of those winter doldrums.


BACKGROUND AND HISTORY
The above information was gathered from these two sites:
http://www.preschoolexpress.com/story_station03/story_station_feb03.shtml
http://www.news.cornell.edu/chronicle/96/2.1.96/facts.html


CD OF STORIES PERFECT FOR THIS SPECIAL DAY

Groundhog Meets Grimm – Award winning Storyteller Megan Hicks adds her own flair to these well-known tales. You will definitely come out of hibernation to hear these stories again and again. http://www.cduniverse.com/productinfo.asp?pid=7147441

Storybug.net: Seeking His Shadow: It's Groundhog Day!
This is a blog post I wrote to complement a toddler's lapsit program.
http://karenchace.blogspot.com/2013/01/seeking-his-shadow-its-groundhog-day.html


Karen Chace  2011 ©
This blog post was painstakingly researched and compiled by Karen Chace. Permission for private use is granted. Distribution, either electronically or on paper is prohibited without my expressed written permission. For permission please contact me at storybug@aol.com. Of course, if you wish to link to my newsletter via your website, blog, newsletter, Facebook page or Twitter please feel free to do so; I greatly appreciate your support and personal integrity.

The Year of the Rabbit - Celebrate the Chinese New Year 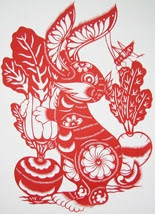 The Chinese New Year begins on February 3 and 2011 is The Year of the Rabbit. Here are some tales,  crafts, curriculum and more to help you celebrate in style!

The Dance for Water or Rabbit’s Triumph – South Africa
http://tinyurl.com/23nmdf3


The Foolish Lion and the Clever Rabbit
http://tinyurl.com/2vv9nkt

The Rabbit and the Coyote - Mayan
http://tinyurl.com/ybn7he6

The Rabbit Throws Out His Sandal - Mayan
http://tinyurl.com/2uuzrqc

Read more »
Posted by Karen Chace at 4:55 PM No comments: