The birthday of Harry Houdini, the famous magician, is March 24 and so of course that led me to think about the magic in fairy tales. Before jumping into the land of “Happily ever after…” I did a bit of research on this famous man.

Did you know that for many years he was the highest paid entertainer in American Vaudeville? It is also said that he was one of the first to use mass tie-in marketing by prearranging his stunts with local merchants. A man ahead of his time!

Magic has always been part of fairy tales and the name "fairy tale" was first ascribed to them by Madame d'Aulnoy in the late 17th century.


It is said that the oldest known written fairy tales stem from ancient Egypt, c. 1300 BC; The Two Brothers. You can read the the Brothers Grimm version of this tale at http://www.literaturecollection.com/a/grimm-brothers/558/ 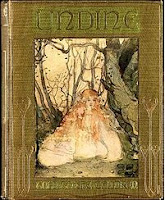 The story the Undine, published in 1909 was said to be “the most beautiful of all” fairy stories by George Macdonald, Scottish author and poet. No matter how old or new, fairy tales always contain a touch of magic!

To celebrate the birthday of Houdini I offer you these magical tales.

Brothers Grimm - Magic figures predominately in their fairy tales. Here is a lesson plan to complement a story from their work. http://tinyurl.com/64a6wqw
Reading Rainbow – Classroom extensions for Liang and the Magic Paintbrush http://www.shopgpn.com/guides/rr/7.pdf 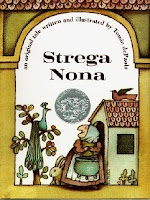 
Here Is The Prince
Here is the prince with his feathered cap,

(take off hat, bow)
Here are his boots which go tap, tap, tap.
(tap toes)
Here is the princess with her golden crown,
(put four fingers up over head)
Here is her lovely beaded gown.(curtsy)
Here is their castle tall and wide,
(stretch arms up to the sky)
Where the prince and princess play safely inside.
(jump up and down)