Today was another fun, if HOT storytelling day! The temperature was over 90 degrees, that steamy kind of day when the heat hangs heavy in the air. My venue was outside at the beautiful New Bedford Whaling National Historic Park Visitor Center. The city has lovingly restored an old bank, circa 1853, pictured here, connecting it with another building, while maintaining the architectural integrity of both.

There is a delightful garden in between the two buildings, which is where I told today. They love to offer programming in the garden during the summer so locals and tourists who are passing by will be intrigued and stop to stay for a bit. The director was kind enough to have a small pop up tent, the kind used at art fairs, to offer me a bit of shade for the two shows. Yet, even the ocean breeze that wound its way up the main street from time to time offered no respite. Due to the oppressive heat we didn't expect a huge turnout and indeed the audiences were small, but very appreciative.

I told stories of mermaids, whales, and a magic fish to name a few, and we even did a boogie woogie fish dance!

HAVE YOU EVER GONE A FISHING

For the complete song go to: http://www.ultimatecampresource.com/site/camp-activity/have-you-ever-been-a-fishing.html

Here is a lovely version of the Magic Fish from Old Peter's Russian Tales...

"Long ago, near the shore of the blue sea, an old man lived with his old woman in a little old hut made of earth and moss and logs. They never had a rouble to spend. A rouble! they never had a kopeck. They just lived there in the little hut, and the old man caught fish out of the sea in his old net, and the old woman cooked the fish; and so they lived, poorly enough in summer and worse in winter. Sometimes they had a few fish to sell, but not often.

In the summer evenings they sat outside their hut on a broken old bench, and the old man mended the holes in his ragged old net. There were holes in it a hare could jump through with his ears standing, let alone one of those little fishes that live in the sea. The old woman sat on the bench beside him, and patched his trousers and complained.

Well, one day the old man went fishing, as he always did. All day long he fished, and caught nothing. And then in the evening, when he was thinking he might as well give up and go home, he threw his net for the last time, and when he came to pull it in he began to think he had caught an island instead of a haul of fish, and a strong and lively island at that—the net was so heavy and pulled so hard against his feeble old arms.

"This time," says he, "I have caught a hundred fish at least."
Not a bit of it. The net came in as heavy as if it were full of fighting fish, but empty ——.

For the rest of the story go to http://www.mainlesson.com/display.php?author=ransome&book=russian&story=fish 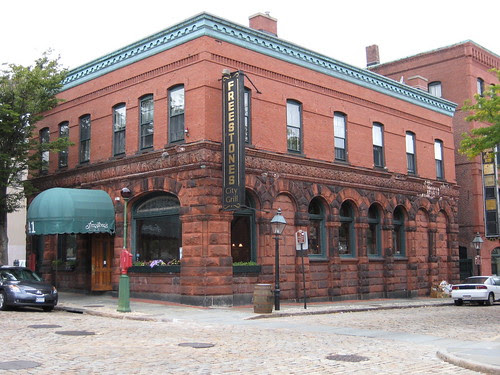 Afterwards, a light lunch in one of my favorite downtown restaurants was in order, with a tall glass of ice water and lemon on one side, and a cool gin and tonic on the other. The evening found me at a friend's birthday party. The night air rearranged the heat of the day and kept everyone comfortably warm as we played lawn games, ate delicious food, laughed and talked around the chimenea until the full moon turned red in the sky. Good friends, good food and eager ears to listen to a few good stories; a day well-spent indeed.
Posted by Karen Chace at 11:10 PM

Hi Karen,
I just linked your fishing stories and songs to my A - Z Blog challenge. I love your blog - full of great ideas, stories, and activities! Feel free to check out my links tomorrow (Wednesday, April 9, 2014) and let me know if there's any changes I should make.