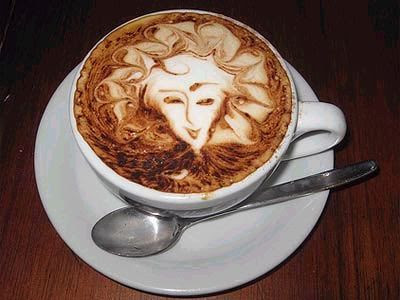 In January of 2009 I wrote a post about my new adventure, the Story Cafe. Recently, I was asked to contribute an article about the venue to the summer issue of the National Storytelling Magazine. They also asked other tellers to share their storytelling outreach work as well. There is great work being done around the globe!

If you do not receive the magazine, and would like a copy, go to http://www.storynet.org . The magazine is one of the great perks of membership in the National Storytelling Network.

Since space constraints in the magazine did not allow room for my entire article, I offer it below.

Almost a century ago, my grandfather stood under the graceful brick archways that adorned the main room of the Mason Guild in New Bedford, Massachusetts. He arrived from Ireland carrying a mason’s trowel and went to work building the textile mills that revitalized the city as it transitioned from the whaling industry. Life has an odd way of bringing you back full circle. Now his granddaughter stands under those same brick archways as she introduces storytelling to a brand new audience each month.

The building is now home to ArtWorks, an eclectic art gallery that also houses classrooms, a ceramic studio and teen arts center. Their goal is to “create an accessible environment which promotes participation in the arts…” Through the years, I attended art openings there and always marveled at the archways adorning the space – a silent homage to the structures past life. I thought the gallery would be a spectacular space for storytelling.

Last summer, through a business contact, I was introduced to Irene Buck, the director of ArtWorks. She confessed she loved storytelling and as our conversation progressed, the Story Café was born. The space is superbly conducive to storytelling, quiet, intimate, yet large enough to accommodate the audience. In December of 2008 the series premiered and has continued every month. Following an 'open mic,' we present a featured storyteller for one hour.

In January, the Story Café was front page news in the events section of the city paper and our attendance surged! We have been honored to host nationally known storytellers who are diverse in their telling styles, offering the audiences a tasty assortment of stories and techniques. During the ‘open mic’ session others are stepping up to the microphone for the first time in their lives, finding their voices as well.

Consistent public relations and effective networking has kept our audiences returning. They bring friends and family members, exposing new listeners to storytelling. It takes work to keep the event in the public eye and we utilize an assortment of marketing tools to spread the word. In our area there are online calendars where you may post events for free. There is also a university campus close by and we use their network, as well as listservs, press releases and ArtWorks’ emailing list. The key is to get the word out early and often!

We are already scheduling our programs for 2010. If you live in New England or plan to visit, please join us and share your voice!

Below you will find some pictures of our performers from December 2008 - June 2009. My sincerest thanks to all who took a leap of faith and joined us on this new journey! 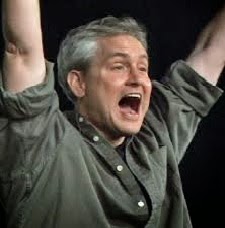 Michael Anderson, storyteller and First Amendment lawyer who kicked off the Story Cafe in style in December of 2008! Thank you Michael!


January brought us the colorful stylings of Bob Reiser and Red Diaper Baby Blues! The audience was with him from beginning to end as we went Up, Up and Away! 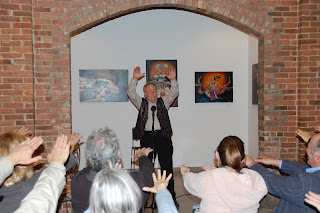 We were warmed by the stories of teller Meg Gilman 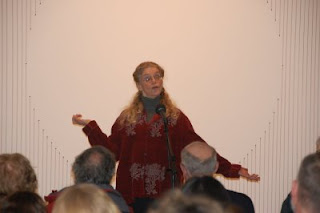 in February who shared her adapted folktales, including her very funny New Hampshire version of The Man With No Story. Not to be missed! 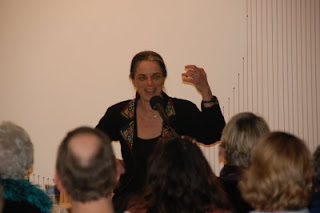 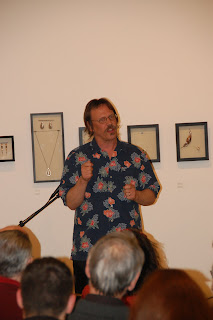 We proved we were no fools in April by inviting the always entertaining and energetic, Tony "you never know what he is going to say" Toledo!

May brought us the 'fall of your chair' true stories from Andrea "You Can't Make This Stuff Up" Lovett! 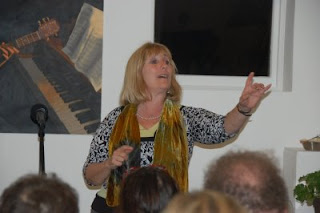 June gave us the incredibly multi-talented Bill Harley, fresh off 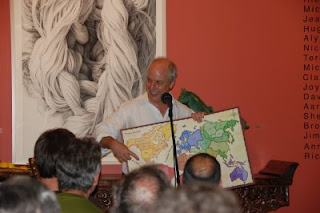 of his second Grammy win! Bill was trying out some brand new stories, fine tuning them for the National Storytelling Festival in Jonesborough, TN this October. His show, Risk Is Not For Lovers brought the house down! The local newspaper offered us front page coverage on Bill's show in the Arts and Entertainment section, for which we were very grateful, but Bill's name alone carries enough cache to fill the room...and he did!

All of our talented tellers have been a delight to work with and have brought the audience stories to fill their hearts and minds, and of course, much laughter along the way. And we surely need more laughter in the world! I invite you to join us for one or more of our upcoming Story Cafe evenings at ArtWorks in New Bedford, MA. Certainly, if you are a lover of story you won't be disappointed with the array of talent coming our way.


You can even sign up for your own ten minute turn at the mic with song, story, music or poetry. If that doesn't suit you, then pull up a chair, turn down the cacophony of noise life bombards us with every day and turn up your imagination! It will be an evening you won't forget.

Coffee photo courtesy of:http://tinyurl.com/na3uxs
Posted by Karen Chace at 10:42 AM